Attributing biological explanation to observed ecogeographical patterns requires intra-specific studies. Body size variation in latitude/altitude gradient and sexual size dimorphism variation reflect adaptation of the organisms to the varying environment and future climate impact. Investigations took place at Barguzinsky Ridge (North-East part of Baikal Lake, N 54° 20’; E 109° 30’, Russia). Beetles of the Ground Beetle Carabus odoratus Shil. were sampled in a 30 -km transect, divided into four plots – the coast, low-, middle- and high mountains (455-460, 500-720, 721-1300, 1301-1700 m above sea-level, respectively). In total 968 individuals were measured by six traits – the length and the width of elytra, pronotum and head. Our results showed that altitude and sex but not their interaction affected body size in C. odoratus. The values of all morphometric characters decreased towards the highlands in females and males. Sexual size dimorphism (SSD) varied in different traits: the highest values of SSD were recorded for the elytra length and the pronotum width (at all altitudes), and the head length (at the coastal and high mountains populations). For the other traits values of SSD at different altitudes did not differ significantly. The mean values of SSD for all the traits were similar at the coastal, low- and high mountains populations but in the middle mountains populations SSD was significantly lower. 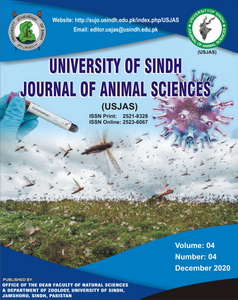