Isolation, Purification and Identification of Ralstonia Solanacearum (Smith) From Groundnut

Groundnut bacterial wilt (BW) diseases is caused by Ralstonia solanacearum that occur in Pakistan’s hot and humid areas. It is difficult to manage the bacterial wilt, since the pathogen is soil borne and has extensive host range. Resistance against this pathogen must be developed through the biotechnological approaches. It represents the main limitation in the worldwide production of solanaceous crops. As a first step, infected groundnut samples were collected from crops disease research institute (CDRI), NARC, Pakistan. Isolations were performed on triphenyl tetrazolium salt (TZC) medium. Samples were used for isolation. Bacteria with similar characteristics were isolated from all positive samples producing fluid which after incubation for 48 hours at 28oC on TZC medium where either entirely white or white with red center. Growth of Ralstonia solanacearum was observed from seeds plated on the TZC medium. For conformation of bacterial wilting causing the pathogen Ralstonia solanacearum standard isolated colonies were selected and purified. Bacterial cultures were multiplied and preserve in sterilized distilled water on TZC media. Virulence of an isolate can be determined on the basis of colony colour on this particular media was developed to differentiate between the two colony types. Virulent colonies are usually large, elevated, fluidal and either entirely white or with a pale red center and avirulent colonies appear dark red. On the basis of the characteristic’s pathogen were found positive for gram staining, KOH test, Catalase test. Isolates were identified as Ralstonia solanacearum. Out of 05 samples, 2 were found positive and 3 were negative. 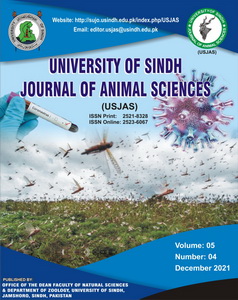