The behavioral aspects of Hedgehog (Hemiechinus collaris) kept in Nocturnal Captive, Nocturnal free range, diurnal captive, and diurnal free-range conditions were recorded and compared with each other. The behavior aspects such as Jumping, aggressiveness, digging, stress, rolling up, immovability, walking, standing, drinking, lying and feeding were observed. Non-significant differences were observed in jumping and feeding behavior of all four types of conditions. Similarly, aggressiveness, digging, stress, roll up, immovability, walking, standing, drinking, and lying behaviors show significant differences in Nocturnal Captive, Nocturnal free range, diurnal captive and diurnal free-range condition. Different feeds such as natural feed, bakery waste, meat waste, and tea stall waste were offered to H. collaris which were arranged in four groups (G-I, G-II, G-III and G-IV). Natural feed consumed constantly by animals of all groups and non-significantly difference observed in percentages of consumed feed. The maximum bakery waste feed consumed by animals of Group-I significantly differed from the other three groups G-II, G-III and G-IV, while percentage of consumed meat waste feed recorded highest in G-I which significantly differed from other groups. The fourth type of feed was tea stall waste which was consumed highest by H. collaris which was kept in G-IV and also shows significant difference with animals of G-I, G-II and G-III. 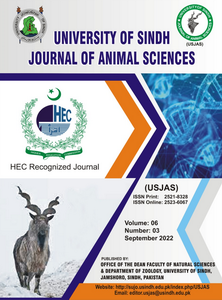