This study aims at analyzing empirically the provisions of access and quality education to out-of-school children (OoSC) currently enrolled at Accelerated Learning Program (ALP) centers in district Quetta. The ALP centers are providing education to out-of-school children (OoSC) facing miss enrollment in school-going age, the children who never been to school or dropped out at any primary stage. ALP education provisions are aimed at reducing OoSC ratio. The study provides novel primary data from a number of 14 ALP centers located in district Quetta. The data is collected via a full-pledge questionnaire designed for this study. The findings show that ALP centers are providing access to education to OoSC in Quetta. The findings also show that quality education via ALP centers is provided to the OoSC in the study area. The results imply that ALP centers contribute to the retention rate of dropouts and OoSC in the areas of the district where ALP set up exists. ALP environment is safe and providing primary education to OoSC and fulfills the needs of OoSC. 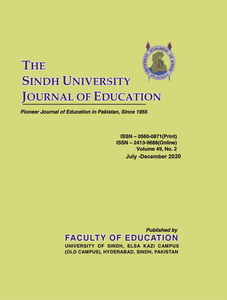