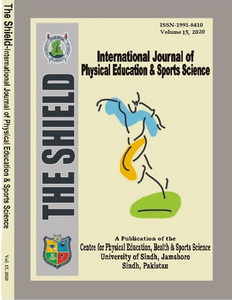 Olympic Games are the world’s most prestigious, famous and oldest sport competition conducted every four years since 776 BC. Traditionally, conduct of the games has always been associated with the name of the host city rather than with the name of the country. The city intending to host the games is generally inspired by two main things, a) the credit of hosting the world’s biggest sport gathering and, b) its allied economic and financial attraction as-sociated with the prompt conduct of the games. The evident economic ad-vantages of hosting the games include boost to the hoteling and tourism in-dustry, jobs and employment opportunities associated with the construction of the sport and general infrastructure and conduct related maintenance and supervision responsibilities of the different events. This review study has fo-cused upon the role of the Organizing Committee, International Olympic Committee (IOC) in managing the financial matters of the games and the process of different sources of revenue generation and its possible breakup for the games. The study has revealed that broadcasting is the main revenue con-tributor having shares of 47% followed by sponsorship, ticketing and licens-ing with 45%, 05% and 03% shares respectively.